At the heart of the Community

Keeping Things Under One Roof

Gairloch Community Hall was erected in 1973 as a multi­functional building. Its original purpose was to provide extra facilities for the local High School pupils. The main hall served as an assembly hall, dining room and sports hall and a kitchen provided lunchtime meals. There were changing rooms in the basement area and toilets at the end of the building. Members of the local community were able to use the facilities in the evenings, weekends and at holiday times. When the present High School was built in 1996 the building was gifted to the community and it became the hub of the widespread community, from Red Point through Gairloch and up to Melvaig. The Highland Council retained the toilets and opened these as a public facility and two rooms at the front of the building became the Tourist Information Centre.

Unlike purpose built village halls Gairloch Hall is difficult to manage but it is well used and over the years the members of the Management Committee have worked hard to modernise it. Another room was built onto the rear of the building, at first for children of pre-school age, which is now a smaller hall and used for a variety of activities.

The Hall has a main kitchen and a smaller kitchen. Its main hall is very large and has a good-sized stage at one end. There are other rooms, one let to the local paper, the Gairloch & District Times, another let to the local Community Car Scheme and one in the basement is let to a local vet. Beneath the main hall is a fairly large room which has been turned into the DEN, a youth café, which is an evening weekly meeting place for teenage youngsters from the High School during term time. A disabled toilet was built for this facility.

Modernisation has taken place over the years with a revamp of the outside. Acoustic tiles were fitted round the walls of the main hall and ceiling insulation has been installed which has greatly helped when musical and dramatic events take place. Because of the age of the building a full fire and smoke detection system was installed. An external storage unit has been purchased and outside paths have been upgraded. The stage has new curtains and stage lighting has been provided. The main kitchen has been completely refitted and many of the rooms have been repainted. New flooring, blinds and curtains have been provided for the Celt Room and the kitchen. The old chairs have been replaced. Because the Highland Council planned to close the Public Toilets the Hall committee decided to take these on. These now belong to the Hall and have been completely modernised.

It might be an old building but it has great potential. 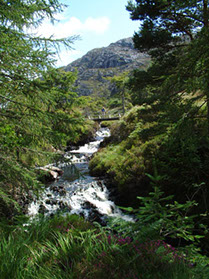 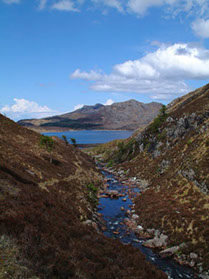 This project would not have been possible without grant funding from: